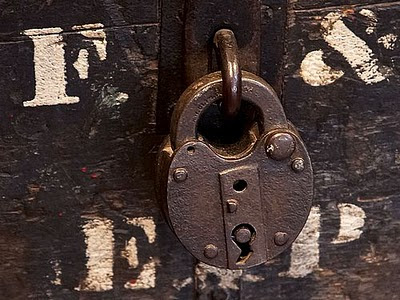 I rarely wake up, sleeping deeply and chaotically. I wake up to find the sheets pristine on his side of the bed and frequently coming off of the bed on my side. The buttons on the duvet cover have been undone on my side of the quilt, showing that even my fingers stay busy at night.

On the rare occasion when I am jolted awake, a sob at the ready or a scream in my throat, he whispers comforting words as he strokes my back. I always try to find the strength to smile at him, to let him know how very much I appreciate him being there.

Yet I seek the refuge of these nighttime visions because it is only there that I confront those demons that seem to never leave. Because in these dreams, I become more powerful than I was before and defeat the monsters that I seemingly cannot escape. I am not the doormat I was back then, but I am courageous and able to stand up for myself and for others.

I have written repeatedly and extensively (oh, let's not forget about here) on taking into account the victims of crimes. So much of our legal system is based on criminals - rehabilitation, sentences, deterrence - that the people who are most affected are often overlooked and neglected.

A reporter enters a locker room, is made to feel uncomfortable and embarrassed through a series of sexual innuendos and pranks, and has the gall to report on that. And, right on cue, the victim blaming began. Women don't belong in locker rooms. Did you see what she was wearing? Also, right on cue, defenses of this behavior began. Men can't help it when they see hot women and the testosterone is flying.

Why shouldn't this woman be allowed to do whatever she wants to do? Wear whatever she wants to wear? As long as she's not violating any laws and her employer doesn't have a problem, shouldn't she be allowed equal opportunities to do the same job a man would do? Without being harassed or even embarrassed? If we are looking for some sort of gender equity, and I think most Americans would agree that this is a good goal, why do we limit the opportunities for women in jobs that they absolutely are qualified for?

In my dreams tonight, I hope I shove a handful of football players, whistling and catcalling, across the room.
Posted by NGS at 5:53 PM 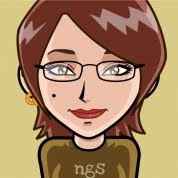 I'm a girl. I live in Wisconsin with my husband. We have a cat named Zelda, a dog named Hannah, a houseplant named Lindsey, and a habit of reading trashy romance novels until way past an appropriate bedtime. I'm a grad school flunkie with leftover angsty feelings from that time in my life. I can't parallel park or ride my bike with no hands. I can teach systems of equations, though, so I feel like I've gotten a fair shake in life.

My best friend and I take pictures every day. Every day of the month has a different theme. Enjoy!